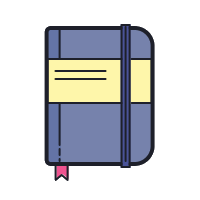 Acta Germanica is the yearbook of the Association for German Studies in Southern Africa (SAGV). It serves scholars in South Africa and Africa (and scholars worldwide) to present their research in German literature, language, theory, the teaching of German as a foreign language as well as comparative and intercultural studies in relation to Africa. It also contains interviews and book reviews in these subject areas....
2) Archaeology International

Archaeology International, produced annually since 1997, combines news about UCL Institute of Archaeology activities with refereed articles and information about on-going projects, carried out by Institute staff and students, or those with honorary affiliation. Papers reflect the broad geographical, theoretical and methodological scope of research at the Institute, including the research of its three main Sections (World Archaeology, Archaeological Sciences, and Heritage Studies), and its extensive global fieldwork presence. A double issue in 2011 marked the Institute of Archaeology’s 75th anniversary year, and the journal, including early issues, is now available online and fully open access.  ...
3) Comparative Philosophy

Comparative Philosophy is a peer-reviewed, open-access/non-profit international journal of philosophy, with emphasis on the constructive engagement of distinct approaches to philosophical issues, problems, themes from different philosophical traditions (whether distinguished culturally or by style/orientation) for the sake of their joint contribution to the common philosophical enterprise and the development of contemporary society, and on general theory and methodology of comparative philosophy. Comparative Philosophy is an independent international academic journal. The International Editorial Board of the Journal consists of its Advisory Board and its Editorial Committee. Taking the open-access approach, the Jour...
4) Journal of Popular Television

Journal of Popular Television is an international, double-blind peer-reviewed journal designed to promote and encourage scholarship on all aspects of popular television, whether fictional or non-fictional, from docudramas and sports to news and comedy. The journal is rooted in the belief that popular television continues to play a major cultural, political and social role, and thus seeks interdisciplinary contributions that contextualize programs, genres, personalities, and phenomena. The journal seeks to be equally responsive to contemporary developments in television production and within television criticism and theory, and to historical approaches and re-evaluation of canonical and non-canonical texts.
5) Life Sciences Society and Policy

The purpose of Life Sciences, Society and Policy (LSSP) is to analyze social, ethical and legal dimensions of the most dynamic branches of life sciences and technologies, and to discuss ways to foster responsible innovation, sustainable development, and user-driven social policies. LSSP provides an academic forum for an engaged scholarship at the intersection of life sciences, philosophy, bioethics, science studies, and policy research, and covers a broad area of inquiry both in emerging research areas such as genomics, bioinformatics, biophysics, molecular engineering, nanotechnology, and synthetic biology and in more applied fields such as translational medicine, food science, environmental science, climate studies, research on anima...
6) Focus on German Studies

International Critical Thought aims to cultivate, encourage and facilitate the development and dissemination of thinking and scholarship responding to the profound social, political, cultural and economic changes taking place in the world today. It aims: To provide a multi-disciplinary forum for reflection on and insight to the major problems facing humanity (energy, environment, poverty, war, etc.), where living and breathing contemporary experiences can be processed into works of theoretical depth and scholarly rigor. To build a global forum for dialogue among various social currents, as an attempt to better integrate different perspectives and reconcile different needs and interests. To emphasize the po...
8) Between the Species

Between the Species is a peer-reviewed electronic journal devoted to the philosophical examination of the relationship between human beings and other animals. While most articles are ethical inquiries, others raise issues involving metaphysics, epistemology and other areas of philosophical investigation. Between the Species is an open-access journal: users have the right to read, download, copy, distribute, print, search, or link to the full texts of articles. Between the Species is published through the support of the Philosophy Department and Digital Commons at California Polytechnic State University, San Luis Obispo. The journal is the electronic heir to the quarterly print journal that was publi...
9) Environmental Philosophy

Environmental Philosophy features peer-reviewed articles, discussion papers, and book reviews for persons working and thinking within the broad field of "environmental philosophy." It welcomes diverse philosophical approaches to environmental issues, including those inspired by the many schools of Continental philosophy, studies in the history of philosophy, indigenous and non-Western philosophy, and the traditions of American and Anglo-American philosophy. It is published biannually in May and November issues.   Abstract & Indexing Environmental Philosophy can be discovered through the following services: CNKI Scholar EBSCO Discover
10) International Journal of Comparative Literature and Translation Studies

International Journal of Comparative Literature and Translation Studies (IJCLTS) is a double-blind peer-reviewed academic journal published by the Australian International Academic Centre Pvt. Ltd. The journal invites contributions representing innovative and critical views on the theory and practice of the study of comparative literature and translation studies in all its aspects, including but not limited to: theory and history of comparative literature; comparative studies of genres, themes and periods; reception studies; intertexuality and transmediality; and the theory, history, and practice of translation studies. The four annual issues contain sections with open submission academic articles in the field of co...
11) Black Camera

Black Camera, a journal of Black film studies, is devoted to the study and documentation of the Black cinematic experience and aims to engender and sustain a formal academic discussion of Black film production. It includes reviews of historical as well as contemporary books and films, researched critiques of recent scholarship on Black film, interviews with accomplished film professionals, and editorials on the development of Black creative culture. Black Camera challenges received and established views and assumptions about the traditions and practices of filmmaking in the African diaspora, where new and longstanding cinematic formations are in play. The journal devotes issues or sections of issues to national cinemas, as we...
12) German as a Foreign Language

Publisher German as a Foreign Language

German as a Foreign Language (GFL) is a fully refereed academic journal which aims to promote research and teaching in the field of German Language. It will publish articles in English and German on all aspects of German language teaching and learning, including the intercultural aspects involved in this process and the specific perspectives on learning and teaching German outside the German-speaking countries. The journal is supported by the German Academic Exchange Service (DAAD) and the Goethe-Institut and is published three times a year – in April, September, and December. It is available free of charge on the internet. GFL does not charge article processing charges or submission charges. GFL is an...
13) IAFOR Journal of Arts and Humanities

The IAFOR Journal of Arts & Humanities is an internationally reviewed and editorially independent interdisciplinary journal associated with IAFOR’s international conferences on the arts and humanities. Like all IAFOR publications, it is freely available to read online, and it is free of publication fees for authors. The first issue was published in July 2012, and the journal continues to publish annually.   Abstract & indexing DOAJ, MIAR, Google Scholar, SHERPA/RoMEO, TROVE and Humanities Source. DOIs are assigned to each published issue and article via Crossref. ...
14) Amphora

Amphora is a peer-reviewed publication of the Society for Classical Studies that aims to convey the excitement of classical studies to a broad readership by offering accessible articles written by scholars and experts on topics of classical interest that include culture; classical tradition and reception in the arts; and reviews of current books, films, and web sites. Sponsored by the Committee on Communications and Outreach and supported by the SCS, Amphora is intended for anyone with a strong interest in or enthusiasm for the classical world....
15) Antennae The Journal of Nature in Visual Culture

Antennae The Journal of Nature in Visual Culture -This issue of Antennae and the next are part of a project informed by the exhibition Making Nature: How We See Animals curated by Honor Beddard at Wellcome Collection (London) in 2016-17. This first installment, Making Nature, looks at the construction of nature as a cultural pursuit during the nineteenth and twentieth centuries. It focuses on issues of visibility and invisibility, both cultural and ecological, to critically appraise the methodological approaches that have defined the philosophies of the discipline. Technologies of visibility like taxidermy, dioramas, macro-photography, and illustration are here juxtaposed to highlight the complicity of art an...
16) Arts and the Market

Arts and the Market (AAM) is dedicated to publishing high-quality and original contemporary research addressing issues related to the intersection of arts and the market and audience research. The journal embraces the growing number of talented scholars working in this increasingly inter-disciplinary and international area. It aims to develop and challenge established practices and orthodoxies in this rapidly emerging field and strongly encourages creativity in the development of theory and practice.  Arts and the Market (AAM) welcomes both theoretically and empirically grounded submissions from across the arts, humanities and social sciences, and is interested in both qualitative and quantitative app...
17) IIS University Journal of Arts

Art and the Public Sphere provides a new platform for academics, artists, curators, art historians and theorists whose working practices are broadly concerned with contemporary art’s relation to the public sphere. APS aims to establish a critical relationship to traditional and conventional debates about public art and art in the public sector and the public realm. The double-blind peer-reviewed journal presents a crucial examination of contemporary art’s link to the public realm, offering an engaged and responsive forum in which to debate the newly emerging series of developments within contemporary thinking, society and international art practice.   Abstract & indexing
20) IAFOR Journal of Ethics Religion and Philosophy

The IAFOR Journal of Ethics, Religion & Philosophy offers the opportunity to continue to advance international scholarship in all themes and overlap of fundamental and applied ethics, religion and philosophy. It aims to encourage both the specific and broad-ranging examination of these themes in all research ontological, epistemological and methodological approaches. The Journal welcomes submissions related to a multi-disciplinary approach to addressing moral, ethical, religious and philosophical challenges faced by the world’s researchers, academics, practitioners and professionals within the field. While specific topics that overlap the three themes of the journal are welcome, the journal will also provide a forum...

List of Top 20 Arts and Humanities journals, Choose a better journal for your manuscript / research paper.