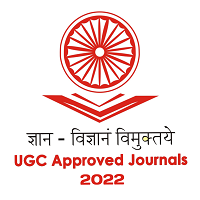 The Journal of Big Data publishes high-quality, scholarly research papers, methodologies and case studies covering a broad range of topics, from big data analytics to data-intensive computing and all applications of big data research. The journal examines the challenges facing big data today and going forward including, but not ...

Computational and Structural Biotechnology Journal (CSBJ) is an online gold open access journal publishing research articles and reviews after full peer review. All articles are published, without barriers to access, immediately upon acceptance. The journal places a strong emphasis on functional and mechanistic understanding of ...

The Journal of Machine Learning Research (JMLR) provides an international forum for the electronic and paper publication of high-quality scholarly articles in all areas of machine learning. All published papers are freely available online. JMLR has a commitment to rigorous yet rapid reviewing. Final versions are publis...